This article has some great information if you are considering relocating your home, or business, to Baldwin County Alabama!

Why Baldwin County is Alabama's undisputed king of growth

No other county in Alabama is rising faster. For mayors, schools, planners and families trying to put down roots, it's astonishing, nerve-wracking and challenging, all at the same time.

The next-quickest growers were Madison and Lee, at 18,278 and 16,697, respectively. Madison County is home to Huntsville, while Lee County includes Auburn.

In fact, those three counties have accounted for 49 percent of the state's population increase since 2010.

But it's Baldwin that stands out. The county - with a land mass larger than Rhode Island - features no single large metro. Instead, it's a proliferation of smaller cities and their residential surrounds.

The northern half of the county has remained quiet and largely rural. But the southern half is exploding, from Spanish Fort to Daphne and Fairhope, across to Loxley, Robertdale and Foley, and down to Gulf Shores and Orange Beach.

Shelby County outside Birmingham was once Alabama's standard-bearer for growth, but no more.

According to statistics provided by the Baldwin County Association of Realtors, the county has experienced a 39 percent increase in the number of residential properties purchased since 2011. And during the period, sales in each new year topped the previous one. 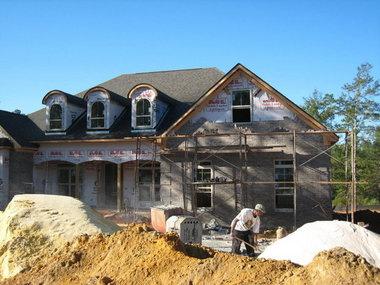 A house is under construction in Spanish Fort, Ala. Baldwin County remains one of the state's fastest-growing counties. (AL.com file photo)

"People are coming to Baldwin County because it is affordable and offers all the benefits without high crime rates and great choices in real estate," said Sheila Dodson, CEO of the Association of Realtors. She acknowledged the ongoing construction of new subdivisions on the Eastern Shore, namely in and around Spanish Fort, Fairhope and Daphne.

The proximity to Mobile is obviously a bonus for the Eastern Shore. Mobile boasts of the coast's major workplaces: Shipbuilder Austal USA employs 4,275, the University of South Alabama employs approximately 4,000 and Mobile's hospitals have 5,000 or more.

Airbus built its first North American aircraft assembly plant in Mobile. It opened in 2015 and is expected to add 1,000 workers in the next couple of years.

Baldwin civic leaders and boosters can cite a long list of attributes fueling the growth. They mention the lure of the beach, relative affordability, popular schools, a coastal vibe, and on and on. And they mention that Baldwin feels safe. The latter, for County Commissioner Chris Elliott, is a sometimes understated attribute.

"We'll have petty thefts, but compared to large cities, we just don't have the violent crime," Elliott said.

Sheriff Huey "Hoss" Mack said the county simply doesn't have many homicides. He believes that the record would be no more than a dozen. "On average, we will have three to four homicides a year. A big year for us is six," he said.

"We're book-ended with two metropolitan areas with crime rates at the national averages or above," Mack said. "That's where you see the big numbers. You come to Baldwin County and see the low numbers."

That particularly stands out, he said, in light of the booming population.

"We're excited about the situation," said Heiko Einfeld, executive director with the Eastern Shore Chamber of Commerce, commenting on the growth in general.

But there are obvious challenges. Among the most critical is dealing with traffic congestion.

In the summer months, when the county's biggest draw - the white, sandy beaches - bring tourists from all over, highways such as Alabama 59 are jammed for miles.

"That's our challenge," Elliott said. "It could mess us up."

Baldwin leaders and lawmakers are pushing for funding to extend the Baldwin Beach Express from Interstate 10 to I-65, creating a wide new path for beach-bound families. The first 12.8 miles of the new road opened in 2014, linking the Orange Beach/Gulf Shores and I-10.

The full Beach Express' construction is included in a bill, sponsored by state Sen. Bill Hightower, R-Mobile. That bill would divert some of the state's $1 billion economic settlement in the BP oil spill case toward funding the construction of the 24.5-mile extension.

County and city officials are also looking at ways to ease pressure on U.S. 98 and Alabama 181 on the Eastern Shore. For U.S. 98, a synchronized traffic light plan is being offered. For Alabama 181, a $3.5 million redesign of its I-10 intersection is in the planning stages.

The 45-school school system pegs the growth rate at 500 students per year. That's about the size of one new elementary school annually. But Baldwin has built no new public school since 2009.

More than 90 portable trailer classrooms have been placed at school campuses to help cope with the crowding.

With that plan scrapped, school leaders are looking at smaller fixes. The school board recently announced it would stick with a $15.5 million building plan that will add classrooms and cafeterias to six schools. The additions are expected to reduce the number of portables to 60-65.

"The growth has been tremendous," said Superintendent Eddie Tyler, who joined the school system last fall. "It's always encouraging but, there again, you have to figure out how to manage the growth."

He said, "We find ourselves in a situation with our facilities and money ...  it's just difficult right now."

Elliot, the county commissioner, said the perception remains that Baldwin has quality schools, and thus is a good place for families. "Schools will continue to be a driver," he said.

But it's not just young families coming for the schools. Retirees are moving to beach cities and the Eastern Shore. Alabama's tourism continues to surge each year driven largely because of Baldwin County's beach cities of Orange Beach and Gulf Shores. With the growth comes challenges and coastal Alabama leaders want Montgomery to bring more money back to the area for road and infrastructure improvements.

Said Malone: "Most people who have moved here attribute it to the overall lifestyle ... the great assets we have." He said, "To some it's the cost of living, to others it's about a nicer climate than where they are moving from. It's probably a little altogether."

Please let me know how I can be of assistance! 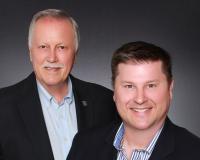 Want to Advertise on this Site?

What Days Are The Best To List Your Home

Top Days to List Your Home for SaleSome Highlights: ATTOM Data Solutions conducted an analysis of more than 29 million single-family home and condo sales over the past eight years

Shortage Of Homes For Sale Is Impacting The Housing Market

A Lack of Inventory Continues to Impact the Housing MarketThe housing crisis is finally in the rear-view mirror as the real estate market moves down the road to a complete recovery. Home values are

The Benefits Of A 20 Percent Down Payment

The Benefits of a 20% Down PaymentIf you are in the market to buy a home this year, you may be confused about how much money you need to come up with for your down payment. Many people you talk to

Buyers Are Optimistic About Homeownership

Home Buyers are Optimistic About Homeownership!When we consider buying an item, we naturally go through a research process prior to making our decision. We ask our friends and family members who

By registering, you agree to our terms of use and that real estate professionals and lenders may call/text you about your inquiry, which may involve use of automated means and prerecorded/artificial voices. You don't need to consent as a condition of buying any property, goods or services. Messages/data rates may apply.